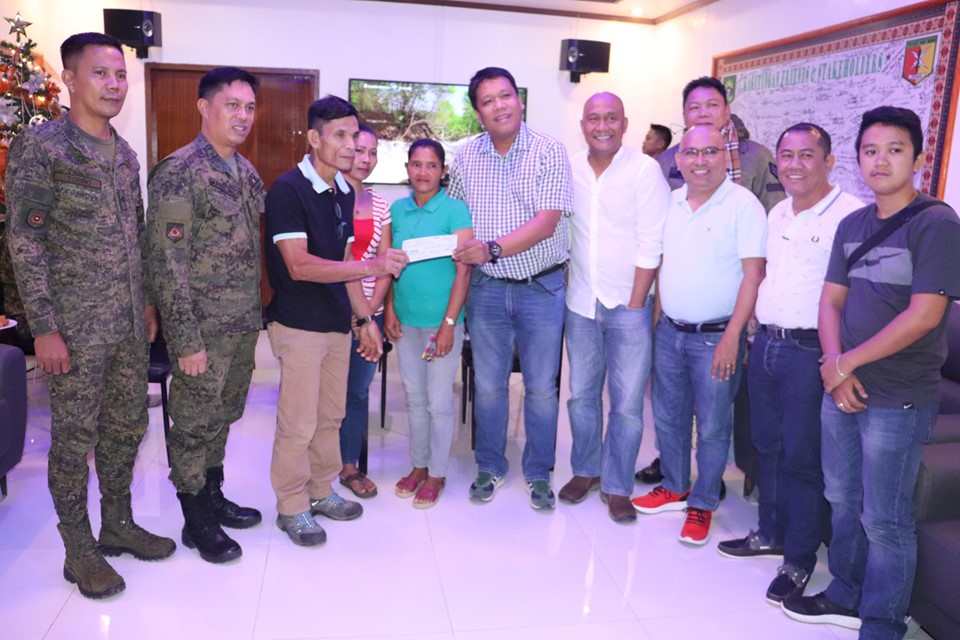 
DAVAO ORIENTAL – A total of P 1.5 million check have been recently turned over to two People’s Organizations here in the province from the Department of Labor and Employment XI (DOLE XI) in close coordination with the Philippine Army 701st Infantry Kagitingan Brigade.

A check amounting to P1 million was turned over to the Indigenous Peoples community in Barangay Taocanga, Manay, Davao Oriental. The said amount is intended for the installation of Solar Power System set to benefit at least 100 households in this IP community.

Another P500,000 check was also turned over to the Calapagan Handicraft Association in Purok Mahayahay, Brgy Calapagan, Lupon in order to improve the organization’s Bamboo Craft production. The said project is set to benefit its 51 members.

The formal turnover of checks was held at the Headquarters of 701st Infantry Kagitingan Brigade in Sitio Magay, Brgy. Don Martin Martin Marundan, City of Mati, Davao Oriental on October 23, 2019.

The two People’s Organizations (POs) were former Underground Mass Organizations supporting the Communist Terrorist New People’s Army but are now strong supporters of the government through the efforts of the Philippine Army.