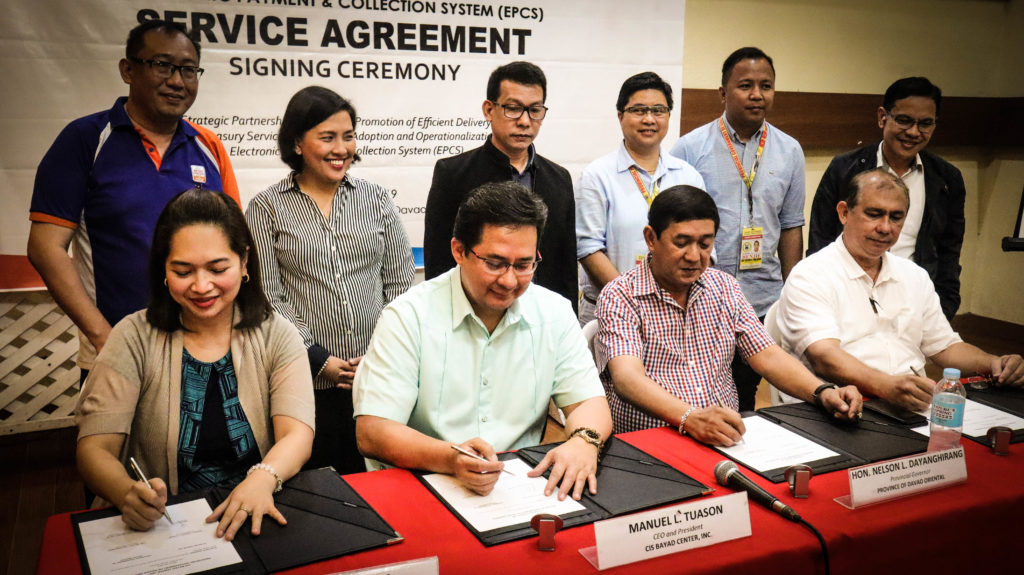 
TDAVAO ORIENTAL – In its bid to promote ease of doing business, particularly in the delivery of core treasury services, the Provincial Government of Davao Oriental has recently become the country’s first local government unit to implement and adopt the innovative Electronic Payment and Collection System touted to boost convenience for Davao Oriental taxpayers as well as increase accessibility of government services, among others.

In partnership with the CIS Bayad Center, Inc. (CBCI), recognized as the country’s pioneer and leader in the Outsourced Payment Collection Industry, the Provincial Government has officially engaged in the implementation of this highly innovative system and technological innovation as Davao Oriental Governor Nelson Dayanghirang and CBCI President and CEO Manuel Lorenzo Tuason led the historic Service Agreement Signing Ceremony held on March 29 in the City of Mati.

Governor Dayanghirang said that aside from the myriad of benefits this will bring, he is optimistic that this innovative system will further boost Davao Oriental’s revenue generation.

“The Provincial Government is constantly striving to increase our revenues through efficient tax monitoring, collection, and enforcement. While we achieved momentum in providing for the needs of our people, we still need to generate more resources to finance our development efforts. This partnership with the CBCI will surely raise the standards and integrity of our revenue-generation efforts,” said the Governor.

“Being the premier and pioneer province to implement this kind of system in the country brings Davao Oriental an enormous pride and honor,” said Governor Dayanghirang.

Thanking the province for trusting his company, Mr. Tuason said he is proud and privileged to be in partnership with the Provincial Government of Davao Oriental in bringing services closer to its constituents.

“I am very much impressed by your progressive way of thinking. You are the premier and pioneer province to deliver core treasury services to your constituents,” he said, adding that this will be the start of more technological change and innovation here.

Department of Finance Regional Director Pascualito Lapiña lauded the Provincial Government for accepting the challenge to be the pilot province for this innovative system. He added that he is almost certain that the rest of the regions as well as the rest of the country will follow in Davao Oriental’s footsteps as this will serve as a model for change among government entities in the country.

Director Lapiña added that the innovative system is a concrete response to the mandate given to his department and the Local Government Units through RA 11032 otherwise known as the Ease of Doing Business signed by President Rodrigo Duterte in 2017.

The Provincial Treasurer’s Office, headed by Acting Provincial Treasurer Engr. Ma. Victoria Rodirguez, says that the electronic payment system promises Davao Oriental taxpayers a great deal of convenience as they don’t not need to go to the Treasury Offices. Instead, they can pay through 34,000 over-the-counter collection touchpoints nationwide as well as online payment facilities.

The PTO added that adopting the system would bring about a more efficient, effective, and convenient payment and collection services.

Aside from boosting revenue collection, among the other advantages that the province is poised to gain through this innovation include, among others, the increase in productivity and operational cost, address the “digital divide” in the workplace, and attract foreign direct investments, which will all lead to further economic growth and development.

While the system will initially cater payments for Real Property Tax, the Provincial Government assures that payment of business taxes, fees and charges, and other local impositions will soon follow.

As the signing ceremony marks the pilot implementation period, the CBCI and the Provincial Government, in the coming weeks, are expected to undertake all necessary measures, strategies, and system, modifications to ensure that the installed system are fully-operational. 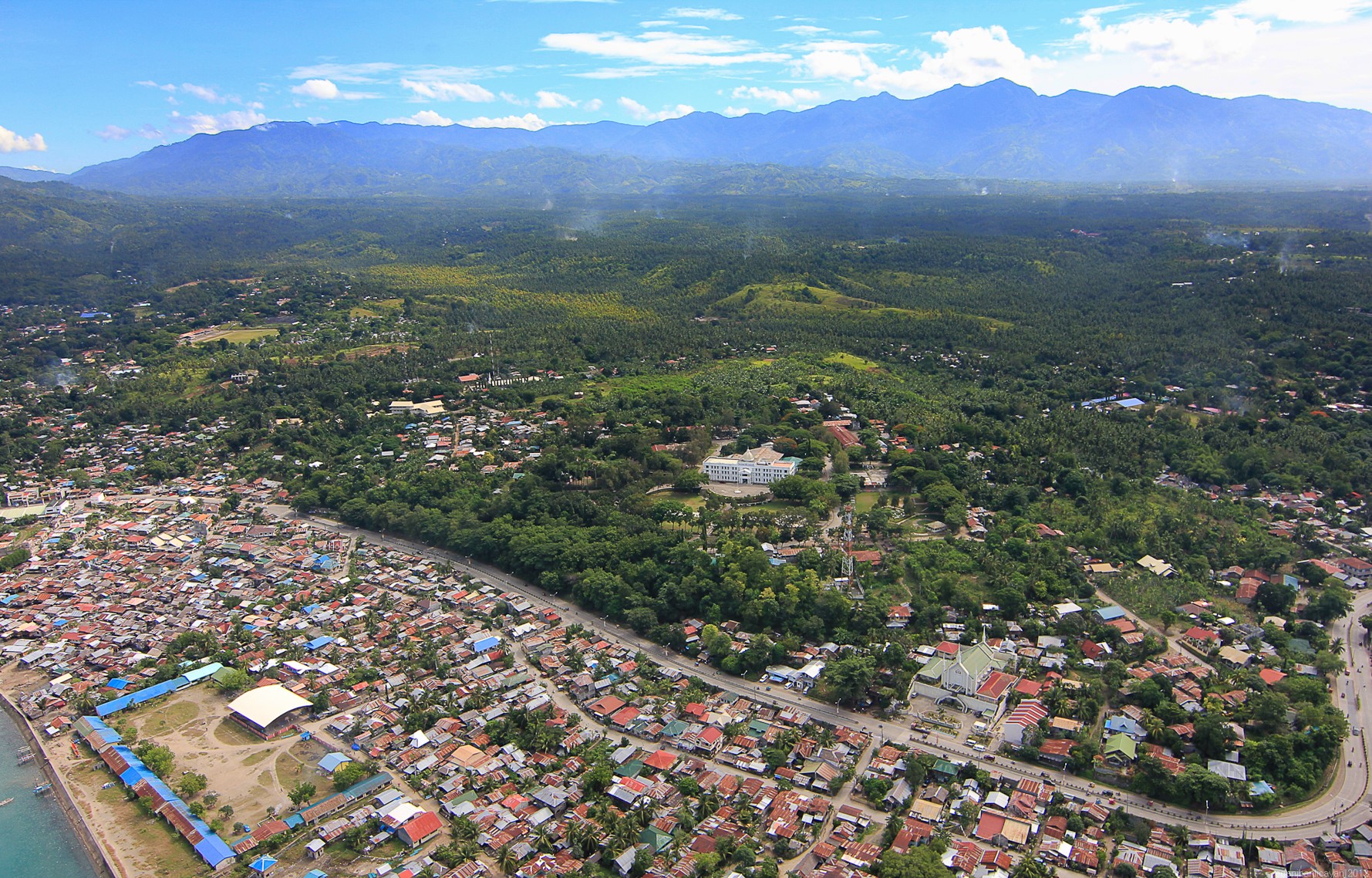