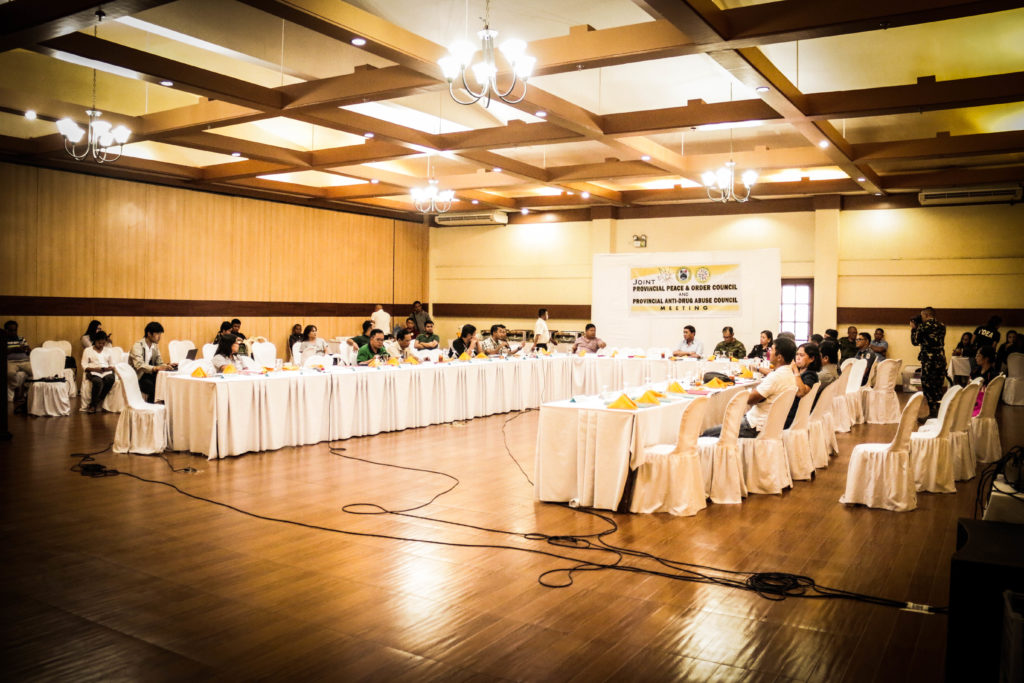 
DAVAO ORIENTAL— Through the collaboration of all peace and development stakeholders, the efforts to counter insurgency through peaceful means have yield positive results.

During the Provincial Peace and Order Council’s (PPOC) joint meeting with the Provincial Anti-Drug Abuse Council (PADAC) for the second quarter at the Lane’s Kita-anan in the City of Mati on June 21, the Philippine Army revealed the significant results of the intensified campaign in countering insurgency in the province.

Col. Lavadia said that the reduction to rebels’ strength is a result of the Integrated Territorial Defense System (ITDS) established by Philippine Army’s 701st Brigade. Through the ITDS, communities are capacitated and empowered through various activities such as peace-building seminar, peace rally, peace volunteer training, among many others.

Some 31 Underground Mass Organizations (UGMOs) have also been dismantled. Its former members, who have now sworn allegiance to the Philippine Government, have been organized into People’s Organizations.

Currently, there are a total of 50 POs that have been organized by the brigade through its battalions – the 28th, 67th, and 66th Infantry Battalions.

Determined to attain an insurgency-free province by the end of this year, Governor Nelson L. Dayanghirang reminded all stakeholders the importance of convergence of efforts and in cultivating a community that is vigilant and has strong coordination with proper authorities to maintain the province’s gains on peace and development.

“As a priority thrust of my administration, we must be committed to realize the gain of our peace and development efforts. I assure you of my commitment and support in achieving a peaceful and progressive province…My heart and gratitude goes to our brave uniform personnel, public servants, and the CSO partners whose dedication and hard work served as inspiration for me,” Governor Dayanghirang said in his speech. Photos by Eden Jhan Licayan