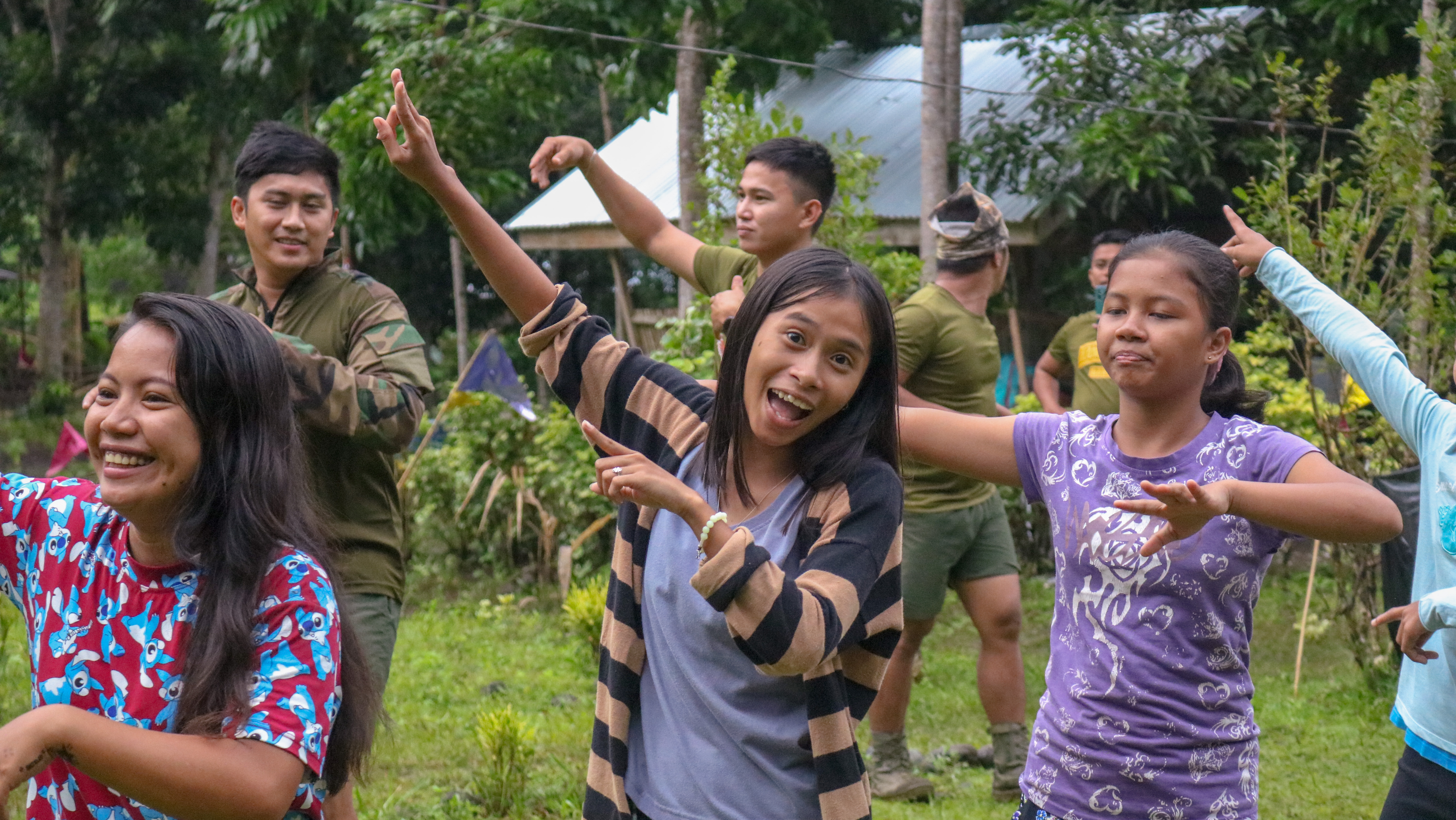 
LUPON, DAVAO ORIENTAL – The Mandaya youth in the hinterland village of Maragatas in the municipality of Lupon have signified their commitment to become agents of peace and to play an active role in making their community more peaceful.

On August 5 to 7, around 130 Mandaya youth here have convened for the three-day Indigenous Peoples – Mandaya Maragatas Youth Leadership Summit 2020.

With the theme “Batan-on: Nagkahiusa alang sa Pagpahunong sa Armadong Pakigbisog,” the activity specifically aims to engage the youth sector while empowering them to have active participation in issues concerning their ancestral domain, specifically issues surrounding peace and order in their community which was once infested with the Communist-Terrorist Group New People’s Army.

These young participants walked several kilometers from their remote sitios to gather at Logdeck Elementary School where the activity was held.

During the summit, a series of activities took place which include team-building activities, competitions and processing sessions.  They also crafted their own action plans and elected their own set of officers who are tasked to pave the way for the realization of these plans.

Wearing face masks in compliance to the minimum health protocols amidst the COVID-19 pandemic, the participants eagerly listen to various speakers who provided inputs to widen their young minds’ horizons in terms of peace-building.

Executive Assistant and Provincial Task Force to End Local Communist Armed Conflict (PTF-ELCAC) Vice-Chairperson Mr. Ednar G. Dayanghirang expressed his gratitude to the young participants, their parents, and to the whole tribal council on their enthusiasm in engaging with the provincial government to solve the decades-long problem in the insurgency.

Well-versed in the area of peace dialogues and peace-building, Mr. Dayanghirang presented the provincial government’s plans for the IPs which is anchored in the overall framework of the PTF-ELCAC by the virtue of the Executive Order 70 issued by President Rodrigo R. Duterte.

National Intelligence Coordinating Agency (NICA) representative Mr. Hernie Mabalo discussed the history of the protracted war waged by the Communist Party of the Philippines – New People’s Army – National Democratic Front (CPP-NPA-NDF) against the government. He explained that this resulted to further poverty and strife in many hinterland communities.

28th Infantry Battalion Commander Lieutenant Colonel Alexander Banatao talked about the vital role of the youth in keeping their ancestral domain peaceful and immune to the infiltration of the communist-terrorist group NPA. He also urged their active participation in peace-building efforts by the government and partners.

Civil-Military Operations Officer of 28 IB First Lieutenant Justin Carlo Yu discussed how the Marxist-Leninist-Maoist CPP and its armed wing NPA infiltrated the youth sector of many communities through brainwashing them and recruiting them for the armed struggle. He also presented some ways how the youth can protect themselves from recruitment.

Miss Jonitha Edlay, the newly-elected Board of Trustee President of IP YFPMDO – Maragatas, Lupon Chapter expressed her deepest gratitude to the provincial government headed by Governor Nelson Dayanghirang and its peace and development stakeholders through the PTF-ELCAC.

The participants of the youth summit automatically became members of the youth group YFPMDO that served geographically isolated and disadvantaged areas through Lumon community projects and conducted youth leadership summits to different areas in the province since 2009.