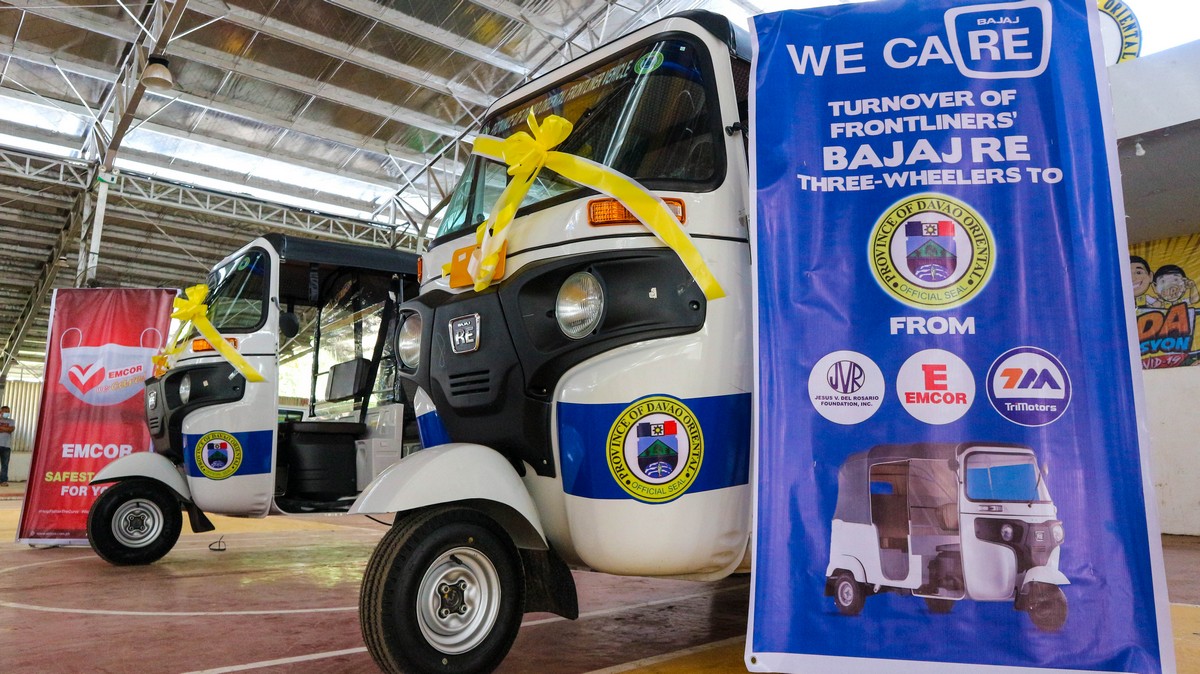 
DAVAO ORIENTAL — The spirit of giving this holiday season continues to flow in the province of Davao Oriental. Earlier today, the provincial government received two units of “Bajaj Re Three-Wheelers” intended for Davao Oriental frontliners.

Governor Nelson Dayanghirang received the vehicles from the executives of EMCOR Inc. in a ceremonial turn-over held at the Provincial Capitol Covered Court.

EMCOR Mindanao Territorial Head Ms. Rowena Nacario said that the turn-over of these vehicles is part of the company’s corporate social responsibility in the last 62 years that the company has been running its business. “We give back to the community we serve,” she said, stressing her hopes that these vehicles will be of great help to COVID-19 frontliners to assist in their continuous efforts in combating the spread of COVID-19.

“The pandemic arose with new challenges and difficulty that affected everyone including our company but the fervor of benevolence offset this and our philanthropic efforts continue to the new normal. We are happy to be of service,” she added.

Governor Nelson Dayanghirang expressed his heartfelt thanks to the company for its generosity especially in this time of the pandemic. “It is an honor and privilege to accept this donation. These vehicles will be of great help to us, especially for our frontliners working in the hospital,” he said. “We have hospital workers leaving the workplace at night and they have a hard time getting a ride home because of the ongoing curfew. So, these units will help greatly our employees,” said the Governor.

The turn-over of Bajaj RE is in coordination with JVR Foundation and EMCOR’s sister company Trimotors which is in charge of the importation, assembly, and distribution of Bajaj RE.

Over the past few months, EMCOR Inc. has already distributed a total of 30 units Bajaj RE in different Local Government Units in Mindanao.

Aside from the Bajaj RE vehicles, EMCOR Inc. has also donated various equipment in different areas in the country. These include a fully-equipped and furnished isolation facility in Davao City, relief goods for tricycle drivers, and photocopiers to the Department of Education. By KLD-PIO