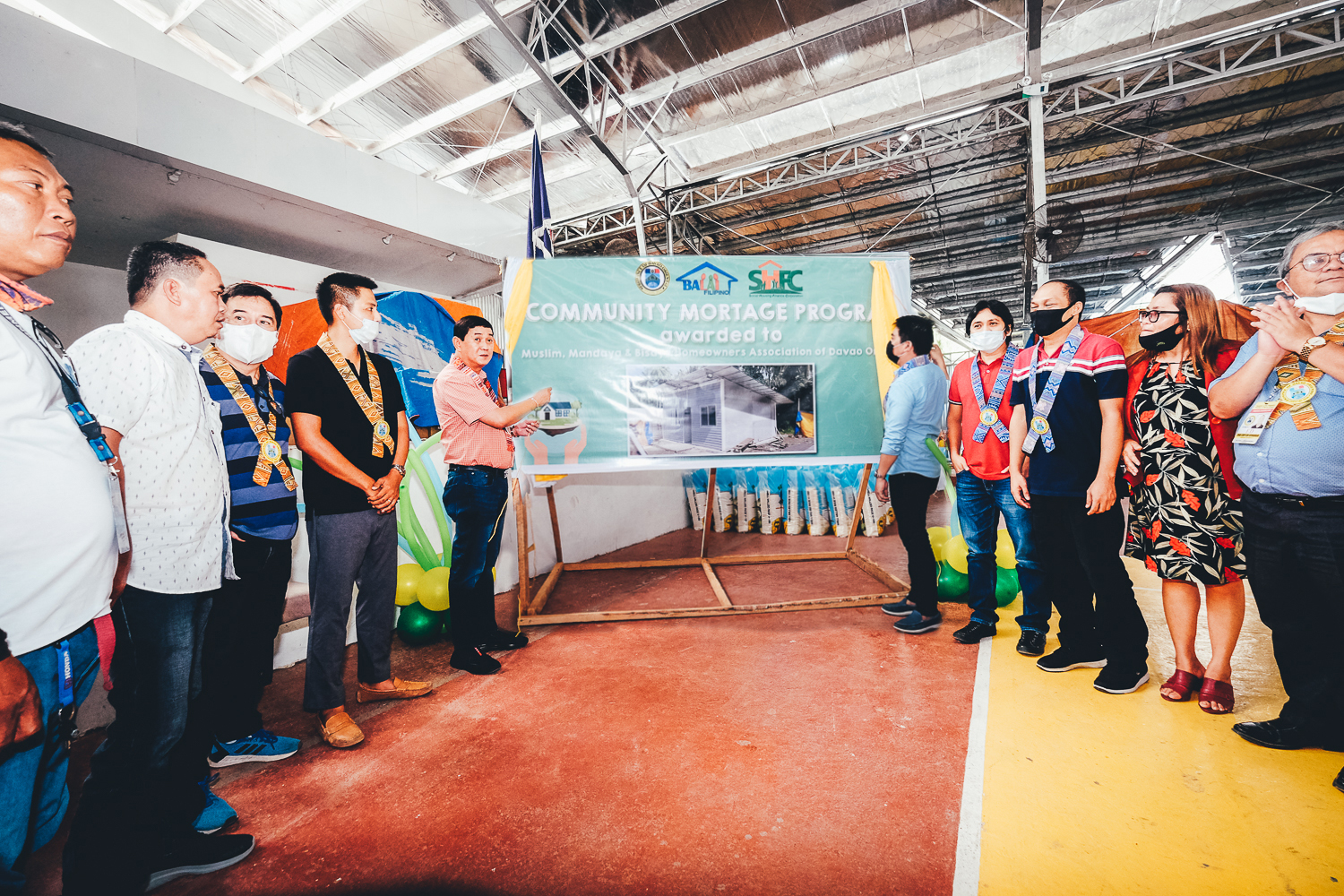 
DAVAO ORIENTAL – The Provincial Government’s trailblazing community-based housing program is set to commence in the next few months as its first three homeowner’s associations have been awarded the notice of take-out loan on Wednesday, July 8, 2020.

The notice of take-out was awarded to the associations in a simple ceremony held at the Provincial Capitol marking the first step in the realization of the much-anticipated housing project.

The ceremony was highlighted by the turn-over of the payment to the landowners who received checks worth a total of P42 million for the acquired 12 hectares property in Barangay Don Martin Marundan in the City of Mati where the housing project would soon rise.

Provincial Housing Coordinator Ms. Flor Tabanao said this means that the first phase of the project, which is the land acquisition, has been completed, signaling the start of the promising project.

The first 743 beneficiaries who are members of the Mandaya, Muslim, Bisaya Homeowners Association (MMBHOA) Phases 1, 2, and 3 said they are thrilled to witness and be part of the ceremony as this takes them one step further to their dream of having their very own home.

Mr. Rey Trinidad, President of MMBHOA Phase 2 said the housing project opens a huge opportunity especially for families with low-income to afford decent and permanent shelter. “If it wasn’t for this program, most of us would not even get the chance to own a home,” he said.

Implemented under the Community Mortgage Program which is a mortgage financing program of the Socialized Housing Finance Corporation (SHFC) in partnership with the Provincial Government of Davao Oriental, this housing program is touted to be the country’s most affordable and community-driven housing program.

Unlike other housing projects led by other agencies or private corporations, this housing program empowers the beneficiaries to decide on every feature of the project – from the design, cost, amenities, and space, among others. “People are given the chance to design the community according to their preference,” said SHFC Senior Vice President for Operations Atty. Ronald Saco.

Considered as one of the country’s most affordable housing programs, the house building structure, excluding the lot and site development, costs around P350,000 which is payable for up to 25 years. The cost of the house, however, varies according to the design.

Furthermore, in the spirit of bayanihan, the SHFC has proposed to further lower the interest rate per annum of low-income families. From 6 percent, the interest will be lowered to 2 percent for qualified families who have an income of P10,000 and below.

On top of the affordable rate, a livelihood component will also be included in the housing package.

Government with a Heart

Governor Nelson Dayanghirang, who pushed for the project, congratulated the beneficiaries as well as the movers of the program who exerted efforts in realizing the people’s dream of owning a home.

Aiming to provide decent housing for his people, Governor Dayanghirang, during his first term, made an inventory of the province’s housing backlog which totaled to 50,000. This prompted his administration to scout for agencies that could provide practical and sound financing schemes to materialize his “dream” housing project.

“Every family deserves to have a decent home,” said Governor Dayanghirang, adding that through the program, people will be able to save money from house rentals which in the long run is more costly than owning a house of their own.

The next phases of the housing project, which are the site development and the construction, are set to commence in October this year. The completion of the project is estimated to be completed within two years.

And, to further help the people, Gov. Dayanghirang has requested the contractors to hire housing beneficiaries who are qualified to do construction works. Also, months before the site development starts, the construction of a covered court and a daycare center has already begun through efforts of the Provincial Government.

Recognizing the province’s commitment to the program, other landowners have signified their interest in offering their properties covering a total of 67 hectares for the housing project. This will benefit more or less 4,000 beneficiaries.

SHFC OIC Vice President in South-Eastern Mindanao Mr. Lawrence Bañiso lauded the performance of the province in terms of the program implementation which he says is one of the fastest in the country. He thanked the provincial government for its quick response in the program which realizes the true spirit of bayanihan and partnership which the program espouses.

While the program is still on its initial stages, the families who have availed of the program say they are thrilled to soon hold the keys to their new homes and call themselves real homeowners. By Karen Lou Deloso/Photos by Eden Jhan Licayan 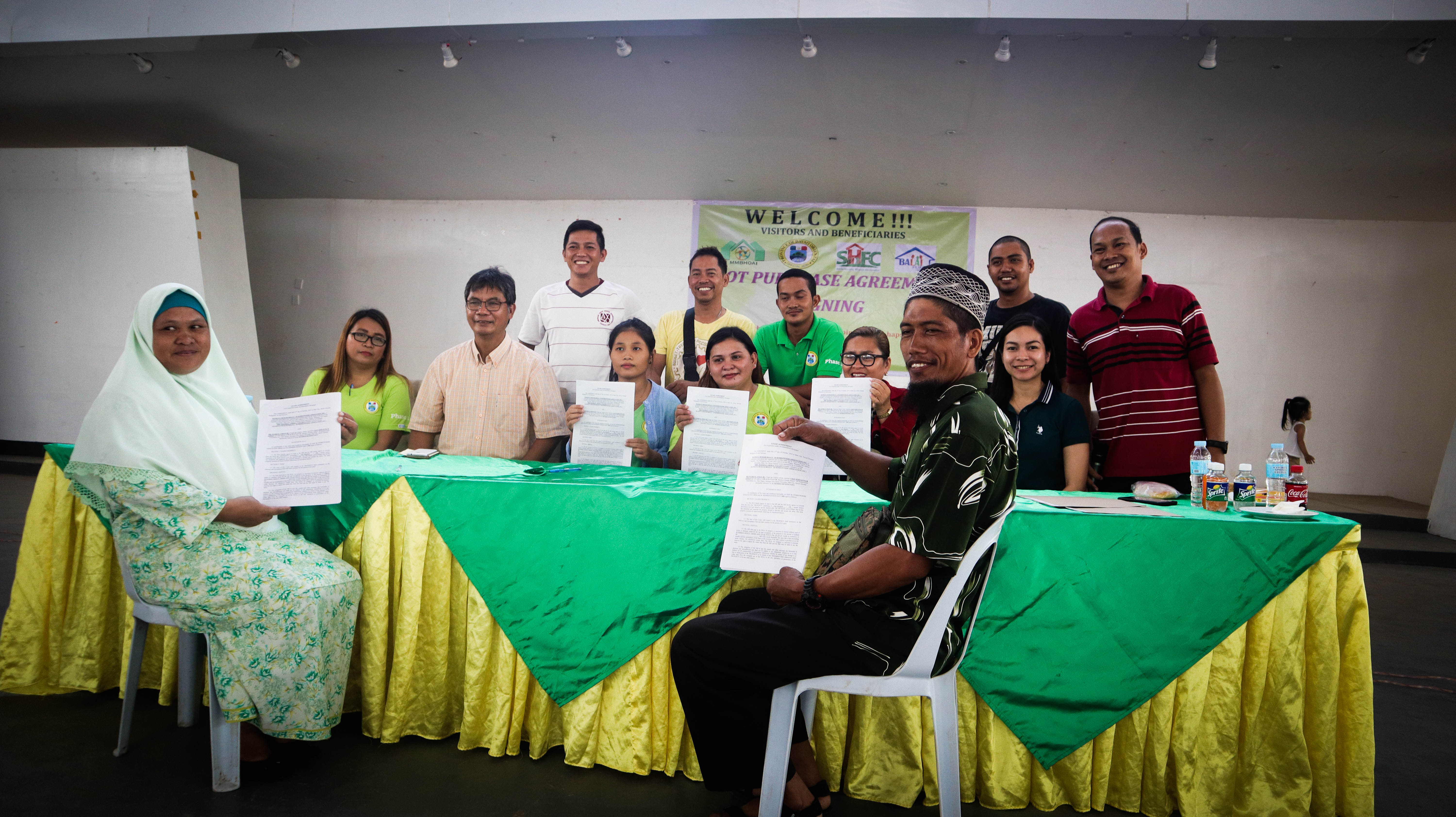 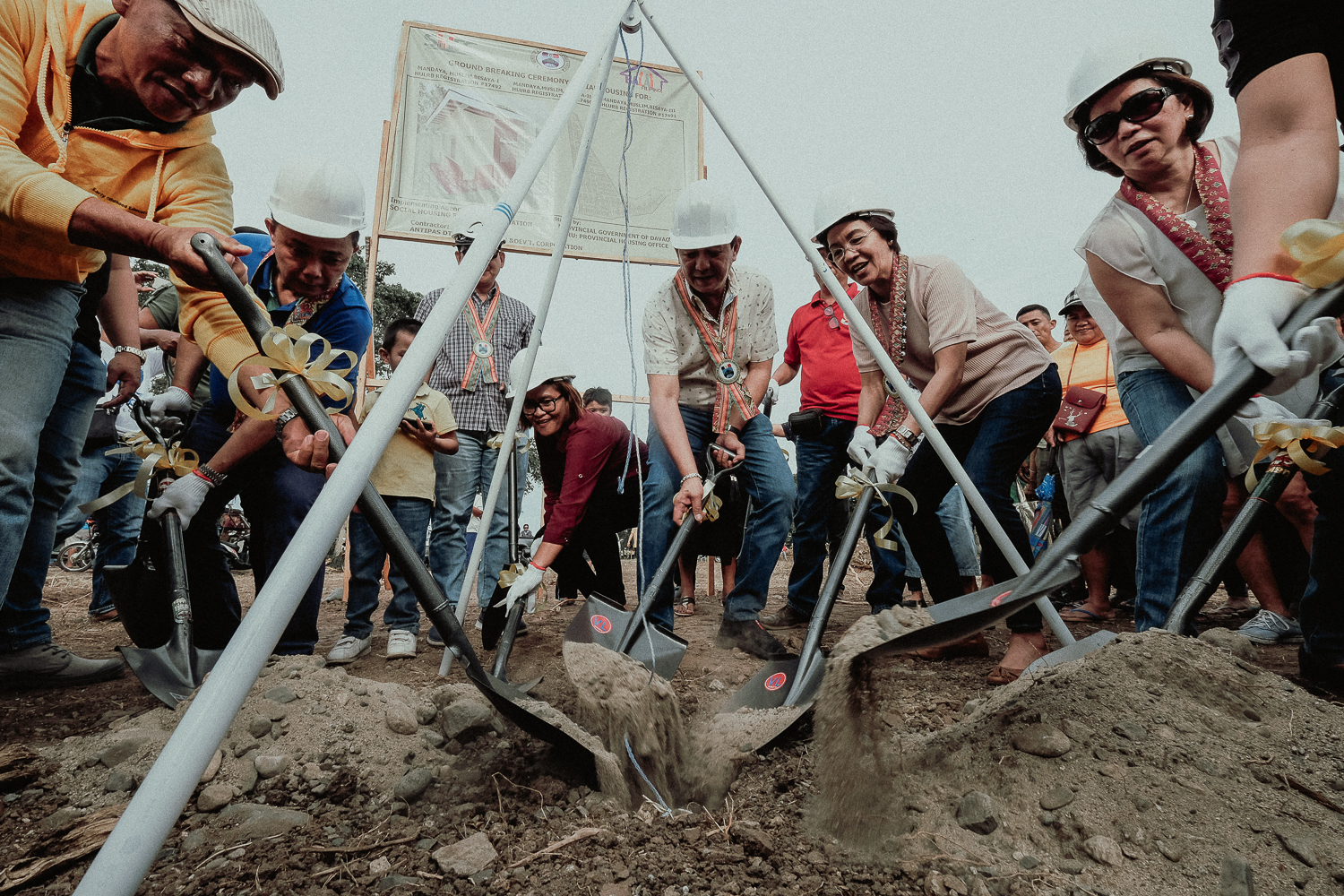