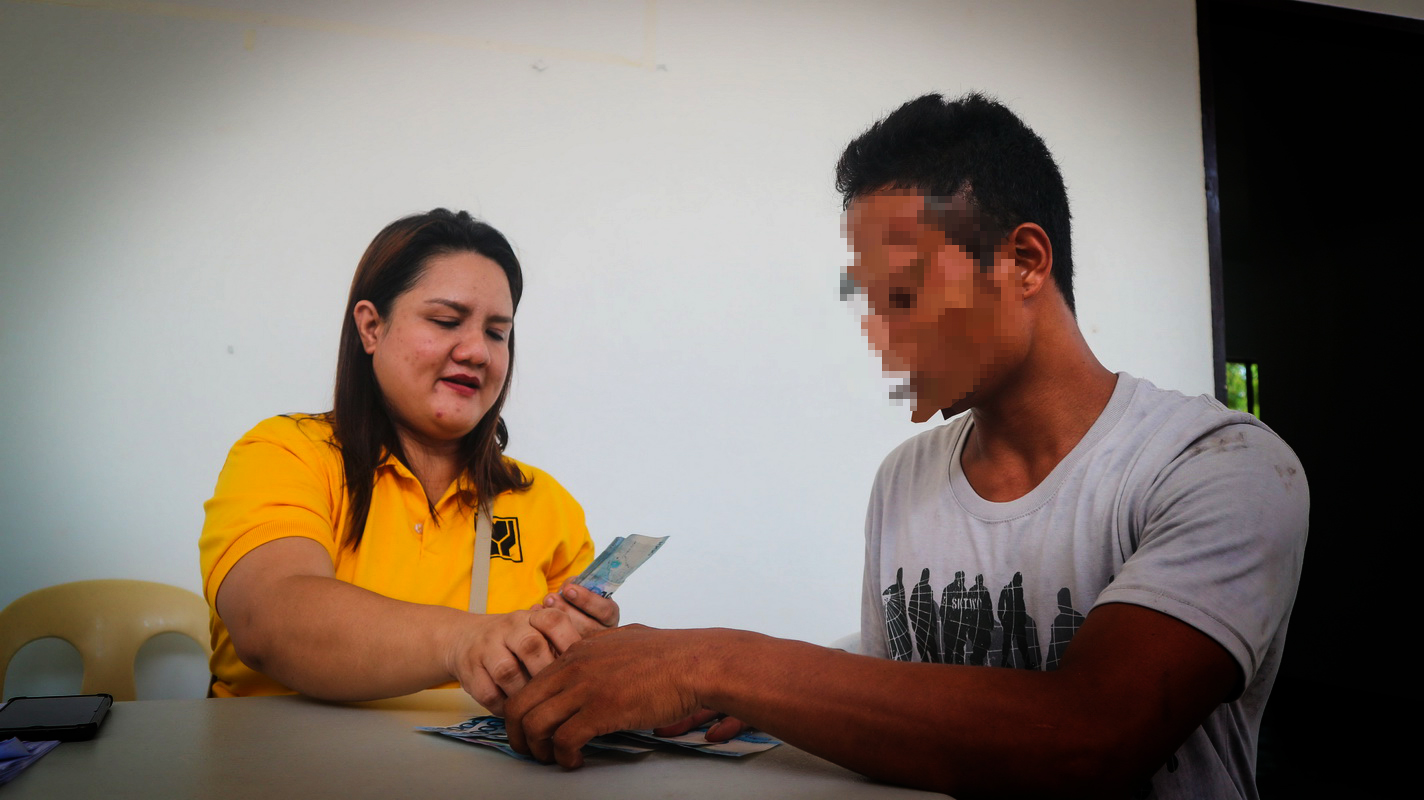 
DAVAO ORIENTAL – Some 30 former rebels have received P10,000 cash each from the Department of Social Welfare and Development Regional Office XI.

Officers from the DSWD distributed the immediate cash aid in a simple ceremony held at the Happy Home Reformation Center for former rebels situated in Barangay Don Martin Marundan, City of Mati on October 10, 2019.

Happy Home Center Manager Emalyn Oliveros said that the Php 10,000 cash will support the former rebels’ children in terms of school allowances and food subsistence while some will be used as registration to legal documents like birth certificates, marriage certificates and insurances.

Channin Parian, DSWD XI Sectoral Focal said that the cash distribution is the first part of DSWD’s interventions for former rebels under Administrative Order 14 which is anchored to the Executive Order 70 of President Rodrigo Duterte which calls all government agencies to provide interventions in order to end the local communist armed conflict.

She said that the next phase will be the on-site community interventions like building a health or day-care centers for the children in conflict-affected and vulnerable communities.

Brigadier General Manuel V. Sequitin AFP, Commander of the 701st Brigade, Philippine Army, encouraged the former rebels who are currently on the reintegration process at Happy Home to urge their former comrades who are still on the armed movement to surrender and tell them about the benefits they are receiving from the government.

He added that the rebels in the borders of the province are getting weaker. “Some of them are not able to run anymore and wanted to surrender because of their miserable situation, but their communist commanders are watching them and pushing them to hide,” said Brig. Gen. Sequitin.

He also said that the intensified downpour of government support to conflict affected and vulnerable communities is one of the engaging elements of their will to surrender.

Governor Nelson L. Dayanghirang lauded the DSWD’s immediate support to the former rebels because this contributes to the province’s peace and development agenda through the provincial task force in ending local communism and armed-conflict that ensures comprehensive orchestration of related peace efforts and initiatives addressing the root causes of insurgency and armed-conflict.

“The NLD-BOC has been existing for almost 3 years. Through it we are solving internal disturbances and threats by prioritizing and harmonizing the delivery of basic services and social development packages to the communities,” said Governor Dayanghirang, adding that along with other peace efforts, it helps facilitate societal inclusivity and ensures active participation of all sectors in the grassroots level.

He furthered that the Provincial Government of Davao Oriental under his leadership will always prioritize the Whole-of-The-Nation approach to aid in the realization of the collective aspiration of his people in attaining inclusive and sustainable peace. By Van Jorain Rufin