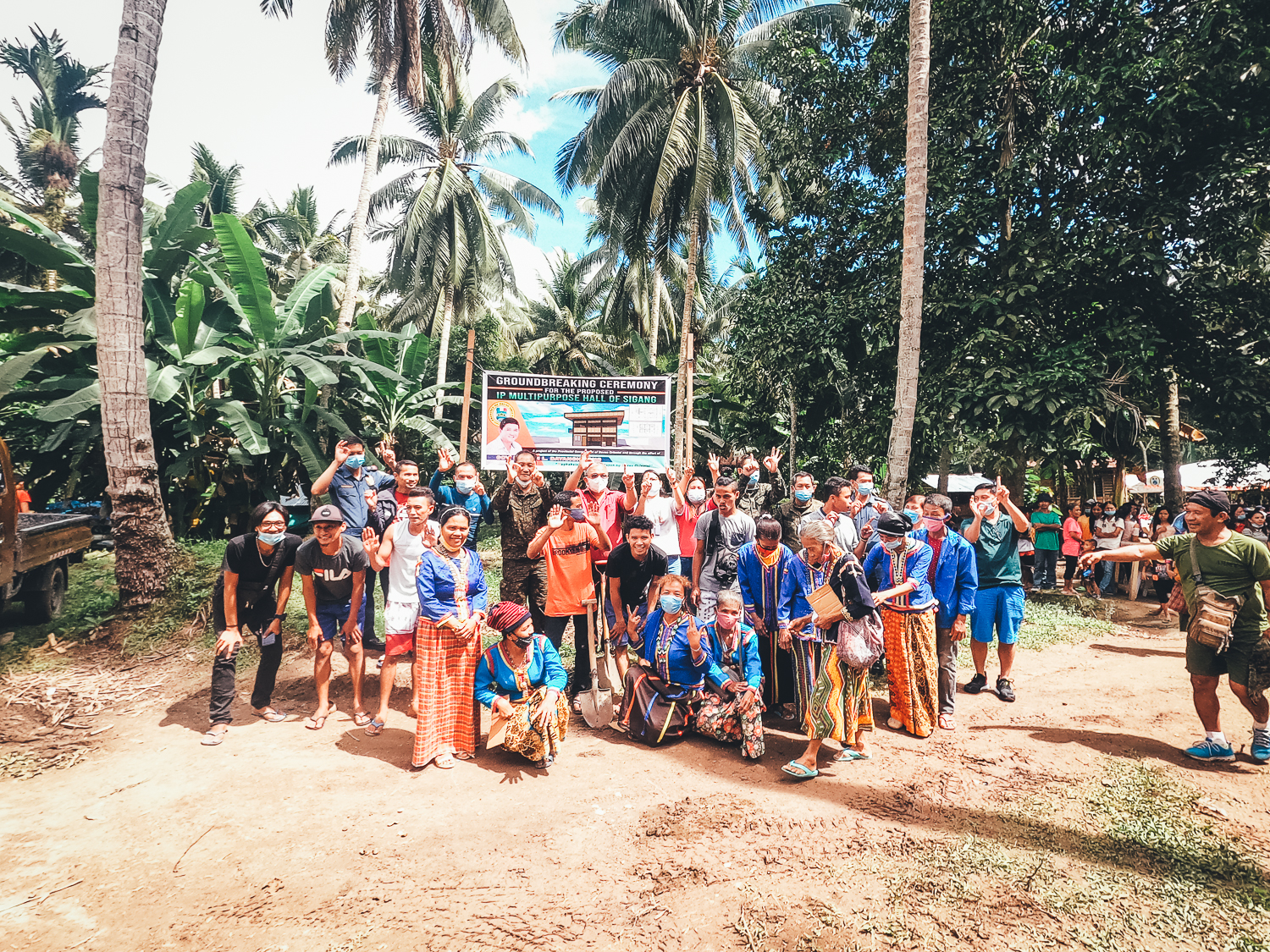 
LUPON, DAVAO ORIENTAL – A week after an entire community here pledged their loyalty back to the government and rejected the Communist-Terrorist group New People’s Army, government programs and projects have started pouring in for the residents of Sitio Sigang and three other nearby sitios in Barangay Maragatas in the municipality of Lupon, Davao Oriental.

A highlight of the program was the turn-over of P1 million-worth of egg-layering chickens under the “EGGsoon sa Kalinaw Project” of the Department of Labor and Employment (DOLE) to the Sigang Youth Association. The project was received by the village’s Indigenous Peoples Youth Chairman Marlon Manicdog.

Scores of goods were also distributed to the residents which include  200 food packs from the Department of Social Welfare and Development (DSWD), 400 mangosteen seedlings and vegetable seeds from the Davao Commercial Agriculture Research Station (DaCARS),  fifty (50) school bags for the students under the Alternative Learning System (ALS) of the Department of Education (DepEd), and a house for a senior citizen under the PABAHAYanihan Project from Lighthouse Academy and Church.

Aside from these projects, free services were also given such as free haircut and dental checkup by the Philippine National Police.

Meanwhile, following the road repair going to Sitio Sigan, the provincial government led the groundbreaking ceremony for the construction of a multi-purpose building for the people of Sitio Sigang was also held.

Several infrastructure and livelihood projects are set to be poured in Sitio Sigang and the sub-villages of Manaybanay, Piyagdugan, and Catumbal in the next few months.

For five decades, Sitio Sigang and the other sub-villages in Barangay Maragatas was considered a conflict-affected and NPA-infested area. “This was mainly due to the area’s disadvantaged condition which was worsened by the place’s geographic location away from the town center and the poor road condition — making it the perfect breeding ground of the Communist armed rebels who took refuge in the area.”

“Sitio Sigang has long been considered as a guerrilla base as it served as an entry point towards the municipality of Lupon. This is also considered a highway of NPAs from one municipality to the other,” said 10th Infantry Division Commander Major General Ruben Basiao.

“Nalipay gayod kami. Yagtuo kami na bomba yang mahulog gikan sa langit, pero blessings man diay,” Pastor Donnie Mandabon, President of Sigang Farmers’ Association, said. (We are so happy. We thought bombs would fall on us from the sky, but we were showered with blessings instead.)

Provincial Task Force to End Local Communist Armed Conflict (PTF-ELCAC) Mr. Ednar Dayanghirang said that the developments offered to the sitio rooted in the residents’ commitment to end their support to the Communist-Terrorist group.

“These services are not made possible only by the government and the men in uniform. You made these happen. If you continued your support to the rebel group, we would not have been here to give you the services you ought to have,” he added.