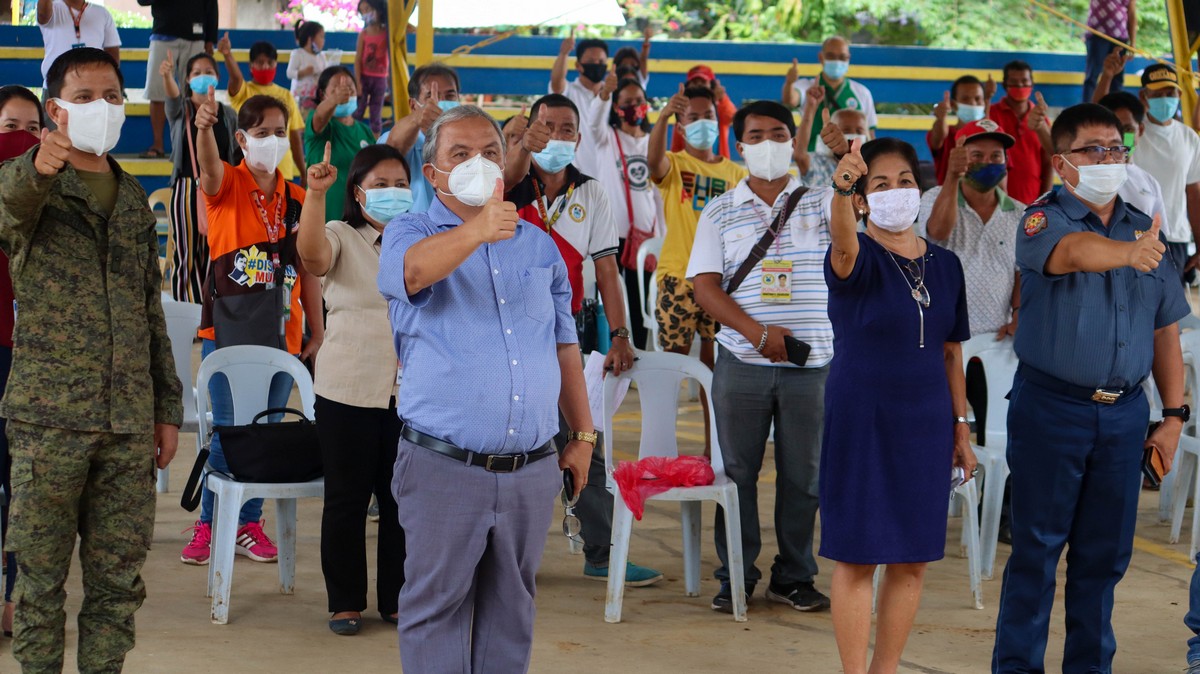 Dubbed as “Oplan Maputi”, the program which was launched on November 12, signaled the start of the implementation of various government projects and programs set to be rolled out under the ELCAC.

Barangay Maputi, being one of the top ten priority barangays considered as vulnerable areas to armed conflict, is the fifth barangay in the province where the ELCAC program was launched. The program is being rolled out in the province through Governor Nelson L. Dayanghirang Executive Order No. 13 which localized its implementation.

“The ELCAC bids to reach out to the people and educate them of the government’s peace and order campaign by bringing services closer to the people in order to achieve peace and sustainable development,” said PTF-ELCAC Vice-Chairman Mr. Ednar Dayanghirang.

He said that the program intends to strengthen the efforts of the government in reaching out to remote barangays by pooling the programs of the various provincial government offices, national line agencies, civil society organizations, and private organizations.

Vice-Chairman Dayanghirang said the program’s chief aim is to win the heart and minds of the people, especially those in areas noted to be infested with the Communist-Terrorist Group New People’s Army. “ The mass supporters bring confidence to the rebel group, and for so long as the New People’s Army is still getting support from the masses, threats to peace and order will still go on,” he said.

“We are here not only to deliver services but to encourage you to work together for our peace and development,” he added.

Similar to the other barangays where E070 is launched, Barangay Maputi will be receiving scores of government projects and services.

During the launching, immediate medical services were given by the province’s medical team and the Philippine Army that includes free medical check-up, “Operation Tuli” on young boys, eye consultation, and distribution of free medicines.

Moreover, sets of other programs are yet to be received by the village in the coming days. By Shaye Dacles